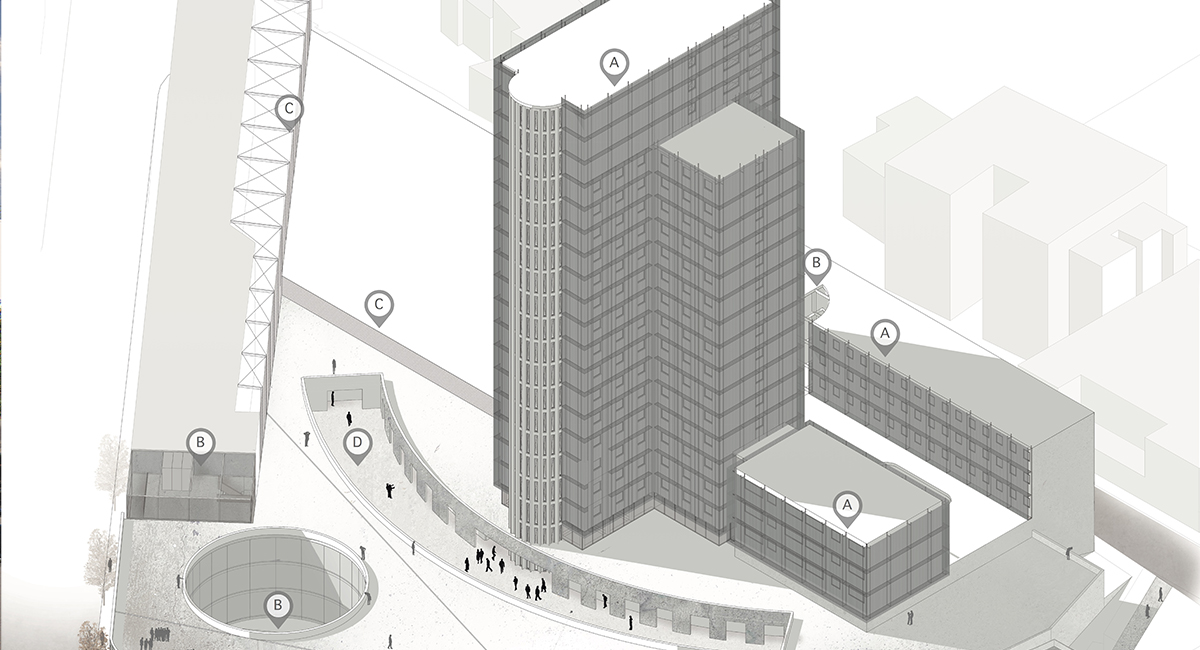 The Xeral was a hospital in Vigo until 2016. To take advantage of this newly-abandoned building, in the center of the city and one of the landmarks due to its height, the City Council decided to make a competition to design and move the City Courts to the building.

The proposal was based primarily in the creation of credential filters, that were defined as outdoor spaces inside the building.

The building was also covered fully with a new polycarbonate façade over the old green one, allowing lighting, high-effective HVAC systems and a new image under budget.